As usual, I will keep a pack of fresh tomatoes in my fridge during my weekend shopping as my kids love pasta very much. Instead of using those canned spaghetti sauce for my pasta, I will puree my own tomatoes and make into sauce for them. Of course, you cannot compare those canned sauce that give more flavor as they add in a lot of other condiments but Homemade sauce are healthier and free from preservative. Today, I added in some yellow capsicum into the puree and glad to say, my kids can accept the taste and gobbled down the whole plate of spaghetti. Who said home cook is boring? Play around with what you have in your fridge and you will be able to surprise your loved one. 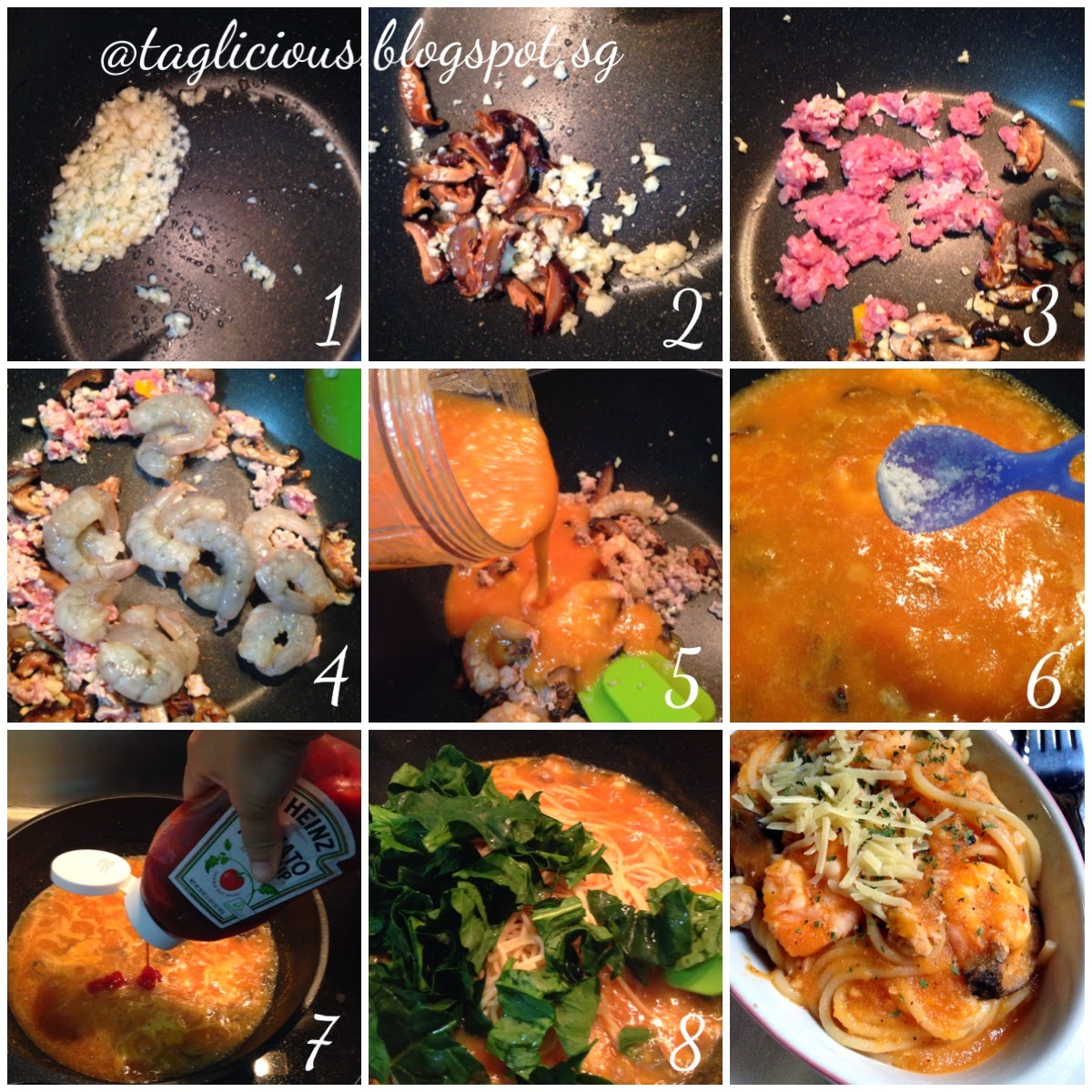 
TAGlicious’s note:
You can change the meat/veggies as per your preference.

Promote Your Page Too